Imbued with some of the magical power his father was supercharged with, Barthram has stepped forward as a mighty force for the new nation's prosperity.

22 years ago there was a fair maiden that lived in the Kingdom of Lyonesse, in the slums outside Redwall Castle. During her time working in the area she got to see the noble Knights that passed through on their way to the castle. One knight in particular caught the young women’s eye; he was a kind hearted man with an air of confidence. She grew to fancy this particular knight and dreamt of being swept away by him. One day as she was hanging clothes out to dry she noticed the young knight looking at her, and before she knew what to think he approached the young women and engaged her in conversation. After a couple similar encounters one thing led to another and within a few months the young maiden was with child.

So 9 months later the child was born, named Barthram Snow, and he was raised as nothing more than a common boy, but this helped to foster his kind heart and humble manner. Once his father became aware that he had a child he swore to watch over both the mother and child. Barthram grew to be a tall slender boy with a mind for books and a fancy for magic. His interest in magic began when he was a small boy as he watched the performers at the carnivals, and he devoted all of his free time to the study of those arts. As he studied he displayed a particular knack for the skills and as he advanced he began to learn some of the darker paths of magic. But he was like his father and had a kind heart and so knew where the line should be drawn in the use of his skills. One day a messenger was sent from the former Knight, he had become Lord Tremayne and was welcoming them to his house, but under the guise of a housemaid and her son. On his 16th birthday his mother pulled him aside and told him that his father wanted to speak with him. Having not met his father the boy was taken by surprise with this news but cautiously decided to speak with the man he had always wanted to meet. So his mother brought him to the stables, where the boy had so often worked, and there stood Lord Tremayne.

They talked for many hours and when it finally came time for them to part ways the boy was more than understanding of all that had transpired between them. So Barthram went back to work as a servant but with the pride of knowing that his father was in fact alive and did care for him. He worked for a few more years with only minor communications with his father until one day after the Kairn invasion had been stopped he was called to the stables once again. When he got to the stables his father Lord Tremayne stood there again, but this time he had younger look about him and he gave off an aura of great power. Tremayne looked at his son and said “I recall that you had a knack for the arcane arts, am I correct?” Barthram slowly nodded his head. “Do you still retain your love for those arts?” and again just a nod. “That is great news, for you see I am in need of someone with skills such as yours. Would you be willing to join my ranks as an adventurer?” As Tremayne spoke these words a Barthram perked up and a small smile grew upon his face. “There is nothing that would please me more my Lord.” “Splendid!” Tremayne walked up to the boy and said “I shall grant you a portion of my power so that you may be bound to me and serve me well.” He placed his hands on Barthram’s shoulders and as he did so he began to summon his energy and began to glow softly in the boy’s eyes.

Barthram could feel the power surge into his body and he began to feel exactly how powerful Tremayne had become. This lasted for only a brief moment but as Tremayne released Barthram the boy fell to his knees overcome by the awesome power. Once Barthram had regained his composure he stood and Tremayne could see that there was a change that had come upon the boy. He had filled out a slightly and stood with a noticeable air of confidence, but the most notable change were Barthram’s eyes, they had changed from a bright blue to almost a golden color. Then Tremayne said to the boy “You are now imbued with my power and shall serve this country with great honor, upon the return of my adventurers you will join them.” Barthram smiled and said “I am greatly honored by this opportunity and shall earn this great power you have given me.” They spoke briefly and parted ways yet again. When Barthram returned home he told his mother of what had transpired. When she heard the news she was glowing with pride and bid her son make a name for his self, and maybe one day earn the title of Lord Tremayne’s heir. Not long after the boy was summoned once again and this time it was not his father he met but Merrick, who told him that he was to meet his fellow adventurers and begin his journey. 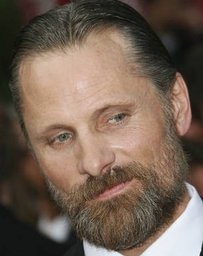